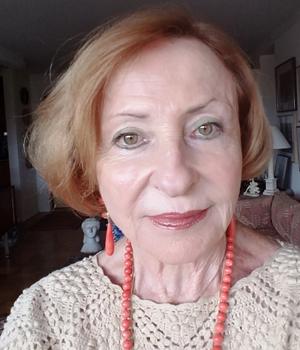 Alliance for Human Research Protection founder Vera Sharav yesterday spoke to Dr. Reiner Füllmich and his legal committee that is gathering evidence on the COVID-19 crisis and measures taken by governments worldwide.

Sharav told the Committee: “The stark lesson of the Holocaust is that whenever doctors join forces with government, and deviate from their personal, professional, clinical commitment to ‘do no harm to the individual,’ medicine can then be perverted from a healing, humanitarian profession to a murderous apparatus.

“The reason that the Greeks made the students of medical schools, before they were allowed into medical school, to swear the Hippocratic Oath, was because they knew that in medicine you will gain knowledge about how you can actually kill, and they had to promise that they would do no harm; otherwise, they weren’t allowed in medical school. I think they were ahead of us in understanding human nature.

“T4 was the first industrialized medical murder project in history. The first victims were disabled German infants and children under 3. They were identified by midwives, who reported their existence to the state. The next victims were the mentally ill, followed by the elderly in nursing homes.

“The murderous operations were methodical, and followed protocol very, very carefully. Questionnaires were sent out to all psychiatric institutions requiring detailed information about each patient. A committee of 54 psychiatrists made the final life-and-death decisions for each patient.

“The objective of T4 was to eliminate the economic burden of those the regime and the doctors deemed ‘worthless eaters’, and it was also to empty beds to make room for wounded soldiers during the war.

“T4 also served as a testing ground for various lethal chemicals and pharmaceuticals. The financial beneficiaries of the Nazi genocide were the corporate elite. Their record of collaboration with genocidal regimes is uninterrupted.  Without the financial support of Wall Street bankers and collaboration by major U.S., German, and Swiss corporations that provided the chemical, the industrial, and the technological material, Hitler could not have carried out these unprecedented industrialized murderous operations.

“Among the companies that profiteered from the Holocaust: Standard Oil and Chase Manhattan, both owned by Rockefellers; IBM, Coda, Ford, Coca-Cola, Nestle, BMW, and of course IG Farben and Bayer…“

IG Farben was the largest World War Two profiteer. Using Auschwitz patients as slave laborers, doctors actually sent those whom they deemed able to be a slave laborer to the IG Farben factories and mines. They also had their own camp. They also conducted experiments.

“COVID-19 pandemic has exposed eugenics-driven public health policies in Western Europe and the United States. This is a chilling replay of T4. Government directives to hospitals and nursing homes essentially condemned the elderly to death.

“In Europe and the United States, hospitals were ordered not to treat, not to provide medical treatment, including oxygen, to elderly people in nursing homes.

“Several U.S. governors sent infected elderly people to nursing homes, knowing that they lacked essential safeguards to prevent the spread of the virus.

“Before he issued the executive order that sent more than 15,000 human beings to death, Governor Cuomo of New York State predicted that the virus would be ‘like fire through dry grass’ in nursing homes.

“The corporate media ‘academy of science’ awarded governor Cuomo an Emmy for his TV performances that were billed as ‘briefings’ … the implication was that the White House wasn’t doing it, so he was doing it for them.

“Of course we have since found out since the Attorney General report that it was all a lie, and that he concealed the number of deaths.”