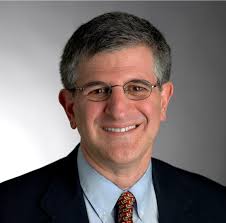 Dr. Paul Offit (born 27 March 1951) is an American pediatrician specializing in infectious diseases, vaccines, immunology, and virology. He is the co-inventor of a rotavirus vaccine. Offit is the Maurice R. Hilleman Professor of Vaccinology, Professor of Pediatrics at the Perelman School of Medicine at the University of Pennsylvania, Former Chief of the Division of Infectious Diseases (1992-2014), and the Director of the Vaccine Education Center at The Children’s Hospital of Philadelphia. He has been a member of the Centers for Disease Control (CDC) Advisory Committee on Immunization Practices. Offit is a Board Member of Every Child By Two and a Founding Board Member of the Autism Science Foundation (ASF).

Offit has published more than 130 papers in medical and scientific journals in the areas of rotavirus-specific immune responses and vaccine safety,[4] and is the author or co-author of books on vaccines, vaccination, and antibiotics. He is one of the most public faces of the scientific consensus that vaccines have no association with autism.

Below is a short clip in which he describes how antibodies received through natural infection is far greater than those conferred through a vaccine: