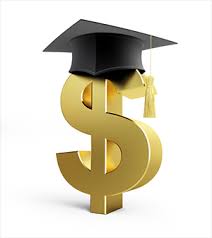 The Coronovirus pandemic has brought out the best in many, going the extra mile to care for their family, friends and neighbors. Many, but not all. There are always those that are on top of the hierarchy seeking to act in predatory manner to those perceived as “useful idiots”. Right from the get-go, documents emerged from Rabbanim and Bati Dinim regarding the monetary obligations from cancelled contracts. These Piskai Din revolved around weddings and playgroups. But never was a psak din issued regarding schools. It must be understood that while the issues of playgroups and weddings are substantial, it doesn’t come close to the sheer volume of money involved when it comes to school tuitions. Not everyone makes weddings, and even though many families have children in playgroups, these numbers are minuscule compared to those of school tuitions. The maximum number of children that any family has in playgroup is one or two, and the tuitions are relatively cheaper. Many families are very large and have multiple children in schools with considerable larger tuition bills per child. Many Rabbonim were asked about it and assured the callers that a psak would be short in coming… that was months ago. The Bais Havaad was asked explicitly why schools are different than playgroups where the Bais Havaad had issued document on peshara whereas by schools the accepted practice is to pay in full[1]. The answer given was ”in actuality, there is much less of a reason to pay school tuition”. The reason given is beyond the scope of this article, but the fact that it hasn’t been addressed is not.

In a revealing moment, a post was put up on a popular website in Lakewood showing a letter from a Yeshiva who was giving tuition credit for the month of May. In the comments, many questioned why more yeshivos weren’t doing it, and administrators responded. Apparently though, just the conversation was so toxic that the post was deleted the next day[2]!

This is not a Halachic article, and all are encouraged to reach out to their respective rabbanim. We are just pointing out the anomaly that no Halachic ruling was rendered on this topic. Is it a remote possibility that Rabbanim were enjoined not to answer this question?

To forestall the possibility of confusion and Halachic complications in the future, we encourage all to attach the addendum below to their child’s tuition contract. As with all monetary arrangements, a clearly stipulated agreement at the onset is the correct way to avoid any potential dispute or misunderstanding.

In the chart below from the US Treasury, you can see approximately how much your child’s school in Lakewood received in these forgivable loans. Note that grants under $150k are not included.

[2] Was available here: https://www.thelakewoodscoop.com/news/2020/06/check-out-this-letter-sent-out-by-a-lakewood-yeshiva.html. Currently, it is only available below, saved for posterity.

A Dose of Reality

The Anatomy of Conspiracy Theories

Pfizer won’t deliver their product in countries that will not shield them from liability for injury or death.

What does this tell you?

Gov. Abbott should do what Gov. Reynolds did in Iowa. Executive order stating that if you lose your job in TX because you refuse to be vaccinated, you WILL receive unemployment benefits. @GovAbbott https://twitter.com/Doctor_I_am_The/status/1468746505548963843

Yet another example of lawyer speak. For everyone reading this, please note that should you choose NOT to get vaccinated and you part ways with your employer; you are NOT being guaranteed unemployment benefits. Maybe we could have something with teeth protecting TEXANS.@GovAbbott

Since your first 3 didn’t work… take a 4th! That ought to do the trick!

"When we see real-world data, will determine if the omicron is well covered by the third dose and for how long," Pfizer CEO Albert Bourla told CNBC.