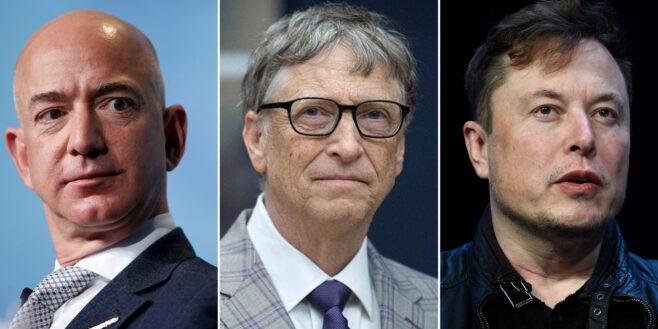 The richest people in the United States have become $845 billion wealthier during the first six months of the pandemic, with likes of Elon Musk, Jeff Bezos and Warren Buffett all registering big increases, a report said Thursday.

The Institute for Policy Studies, a left-leaning think-tank, and Americans for Tax Fairness (ATF) said the total net worth of 643 of the nation’s richest people rose from $2.95 trillion to $3.8 trillion between March 18 and September 15. The calculations are based on data using Forbes’ annual billionaires report and real-time Forbes data.

That marks a 29% increase from the rough date at which coronavirus lockdowns started and financial markets went into free-fall. The stock market has since recovered, with the S&P 500 and the Nasdaq hitting record highs, but Covid-19 has killed nearly 200,000 Americans and the economy is still mired in recession.

Chuck Collins, director of the Institute for Policy Studies’ Program on Inequality, said: “The difference is stark between profits for billionaires and the widespread economic misery in our nation. Clearly, the priorities of our elected officials in Washington, DC are completely upside down.”

Bezos, the chief executive of leading online retailer Amazon, has undoubtedly been the biggest beneficiary of the pandemic. His wealth rose by $73.2 billion to $113 billion. Amazon shares have gained 40% this year, as the company racked up billions in online orders for anything from groceries to exercise bikes from consumers who were confined to their homes.

Musk, the founder and CEO of electric vehicle maker Tesla, is a close second. His wealth has ballooned by $67.4 billion, or 274%. Tesla has been one of the top performing blue-chip stocks this year and, after gaining nearly 90% in value over the last 12 months.

Markets have benefited from a period of rock-bottom interest rates as the Fed poured stimulus worth trillions to help the economy ride out the pandemic.

The S&P 500 for example has risen by 34% since touching multi-year lows in March.

But the report said the increase in wealth was not solely down to this post-crisis bounce.

“The stock market in which billionaires have much of their money invested dropped sharply in the month before the pandemic lockdown. But the six months of gains that followed were not merely a reversal of those losses: billionaires are also $680 billion, or 22%, richer today than they were in February 2019,” it said.

The explosive gains come even though more than 13.5 million Americans are still out of work.

All COVID-19 vaccines are currently under Emergency Use Authorization as investigational agents only. NBC, please correct your fraudulent fact checkers.

Dr. Vladimir Zelenko, an early adaptor and pioneer of the HCQ protocol, has been nominated for a Nobel Peace Prize.

This is the same doctor Twitter censored & banned from its platform.

His treatment has saved hundreds of thousands of lives. Well deserved, Dr. Zelenko!

Should @JoeRogan have me on his podcast to discuss the pandemic and the constitutionality of mask/vaccine mandates?

“According to Rabbi A. D. Motzen, Agudath Israel of America’s national director of state relations, “Indiana is just one of many states advancing educational choice during this legislative session.”

"Thanks to the Choice Scholarship Program, parents can afford to send their children to the school that they feel is the best fit" Thank you @tmhuston
@rbehning @HolcombForIN https://www.jns.org/indianas-expansion-of-school-choice-program-will-empower-jewish-parents-students/

Agudah agrees w/@Avi_schnall, “The judge made it clear that ordinances drafted w/intent of hampering growth of a religious community are unconstitutional; this long-awaited ruling will allow the growing Orthodox population in Jackson to freely exercise their religious rights.”

thanks @davidaxelrod for the walk down memory lane, fun convo about the changing media dynamics, Twitter, what I have learned from working for and watching @potus and @BarackObama and @JohnKerry about politics, governing, media and life 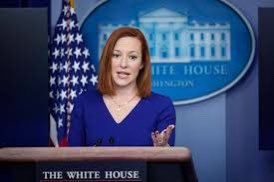 I had a great #AxeFiles conversation today w/@PressSec Jen Psaki about how she prepared for this job, how she executes each day and her observations about @POTUS, @BarackObama, the media and much more.
Honest, insightful and funny, she’s well worth a listen!
Up at 6 AM eastern.

more from my full comment: @POTUS is president for all Americans no matter who they voted for. And so our focus is on continuing to plug away on pushing for policies that will help everyone and through that work we can rebuild trust in government. That government can work.

"We don't," @PressSec told @OKnox about how the @WhiteHouse factors in the 70 percent of Republicans who don't think #Biden really won.
https://www.washingtonpost.com/politics/2021/05/03/daily-202-bidens-answer-gopers-rejecting-his-victory-press/

A moment ⁦@POTUS⁩ has been waiting for

Our houses and buildings should block cosmic rays.

Do People Aged 105 and Over Live Longer Because They Have More Efficient DNA Repair? - Neuroscience News

Study reveals people who live to be 105 or older have unique genetic signatures that are linked to more efficient DNA repair.

The Seychelles experiment - 1/3 of all cases have had both doses - cases surging among the vaccinated.

A big Covid surge in the Seychelles, a heavly vaccinated country, calls into question relying on vaccines as the route to normalcy.

When data intervene on your "reality" 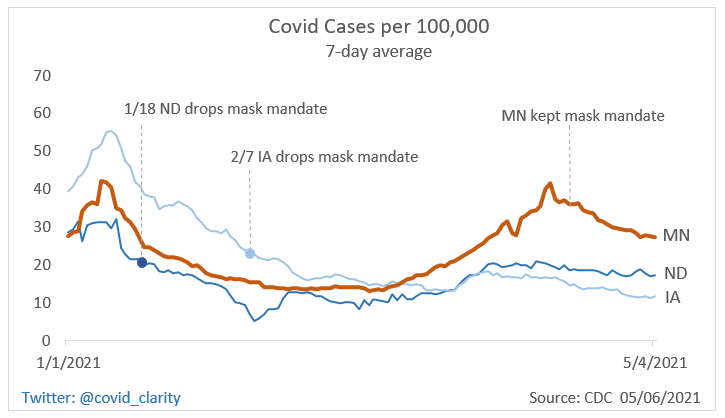 It was called "foolish" & "Neanderthal thinking"

Next door, in enlightened MN, they are keeping their mask mandate.
MN now has the 2nd highest case rate in the nation.

"We have enough evidence now to see a clear correlation with increased Covid deaths and the vaccine campaigns. This is not a coincidence.
We simply must not turn a blind eye and pretend this is not occurring."
#COVID19vaccines @CDCgov @US_FDA

Tucker Carlson: How many Americans have died after taking the #COVID19vaccine?
🔥🔥🔥🔥🔥🔥🔥
#FoxNews

Tucker Carlson: How many Americans have died after taking the COVID vaccine?

"Tucker Carlson Tonight" explores the potential side effects of taking the COVID-19 vaccine, and asks why no one seems to care

Robert Day walked up to a house in northwest Detroit, eager to talk about nearby COVID-19 vaccination sites and ...

WEBINAR REPLAY: CHD Chairman @RobertKennedyJr moderated a panel of intl experts on the importance of providing content in multiple languages to grow our movement working to end corruption + save democracy.