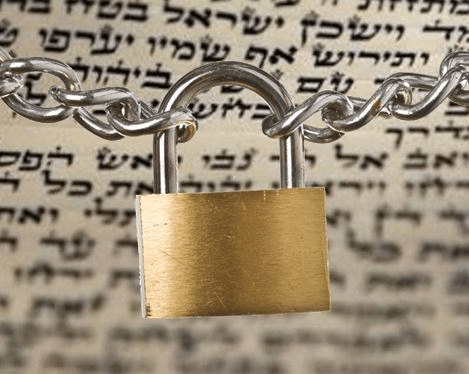 When Fear Takes Control and How to Take it Back

We live down the block from a nursing home. Every Shabbos and several times on holidays, our neighbor, Mrs. F, would gather all the kids willing to participate to go and sing (on any and all keys) for the elderly residents at the home. Since our move to the neighborhood 7 years ago, our kids did this every week like clockwork. The last time they visited the nursing home was Purim.

Over the past few months, the nursing home was transformed into a maximum security prison, complete with a new locked gate at the entrance and a security guard. I have seen people visiting relatives standing on the curb outside the gate while the resident sits in the courtyard on the other side of the bars.

Are we in this together?

When the pandemic started, I thought we were all in this together. The government was doing their best to save lives and was figuring it out as they went along. Some people still trust the draconian mandates and believe that the government has only our best interest in mind.  I am no longer one of those people.

While the CDC/WHO have already admitted that masks do not prevent the spread of illness, the Israeli government continues to doggedly hand out tickets to citizens who try to get a bit of fresh air. They have even started going undercover in rental cars so they can sneak up on more people. They’ve already handed out over half a million tickets! Why would they stop this mandate? It’s a windfall. (Let’s do the math. Each ticket was at least 500nis. Multiply that by 500,000, and you get 2.5 Billion Shekel, and counting.)

But there are other big problems. Let’s take a look at the timeline of the past half a year. It paints a remarkably ominous picture.

The pandemic apparently spreads to (your location) and the government takes action:

At first I thought the outdoor “Pop-up” shuls were nice and convenient, but eventually their beauty started to tarnish. There are halachos about how a shul is supposed to be constructed. An indoor shul is ideal, and yet outdoor shuls have been favored to prevent the spread of contagion. Is it necessary to bend the Torah to fit it into the public health doctrine? Are we really justified in doing so?

We were told to get tested for Covid 19 as frequently as possible. That if we do so, things will go back to normal. We’ll be able to open shuls and schools again. Instead, governments have been using our compliance against us. More testing will invariably lead to an increase in cases in any community, which will then give the government the justification to force us to shut down over and over again. All these oppressive restrictions were enacted with almost total cooperation of religious society world-wide.

Why did we go along with it?

It seems that our cooperation was encouraged in the name of Sakanas Nefashos (because of fear of disease and trust in the Public Health authorities). But what is Sakanas Nefashos?

If someone is choking, drowning, having a heart attack etc. they are experiencing a potentially life-threatening emergency. We are allowed to be mechalel Shabbos to help someone even in the case of a safek (possible) sakanas nefashos. But have we changed the definition of sakanas nefashos?

Let us consider the worst case scenario for Covid 19, and presume that the world governments have not intentionally inflated the number of cases or fatalities. Let us assume that everything we’ve been told about this disease is true. Does the existence of a contagious disease even fall into the category of sakanas nefashos? Does it nullify all positive commandments? Can we simply throw out the entire Torah in the name of Venishmartem?

How many times in Jewish history have we risked our lives to keep the Torah? During the times of the Yevonim, in communist Russia, during World War II… There are countless examples. Even at the risk of death, those who trusted in Hashem took great risks to learn Torah and keep the Mitzvos.

What is different about the current situation? We have been convinced that the restrictions which trample upon the Mitzvos are for our benefit. “We’re not telling you to stay out of shul and yeshiva because we don’t want you to practice your religion, we are trying to protect your health! We’re not telling you to be terrified of your own grandparents or grandchildren to weaken the fabric of families; we just don’t want you to die of contagious disease!”

When fear is the driving force

We all know someone who has died this year with a diagnosis of Covid, and klal Yisroel has mourned for every loss together. (Whether Covid 19 itself was the actual cause of every death for which it has been blamed is beyond the scope of this article).

Nevertheless, it may be fair to suggest that these deaths occurred because Hashem willed them to.

Furthermore, maybe our hishtadlus is to try to live our lives normally and take care of our health by making rational and well-informed choices to the best of our abilities (i.e. good nutrition, exercise etc.).   Even more importantly, to try our best to maximize our fulfillment of the Torah and Mitzvos and allow Hashem to decide who will live and who will die. Perhaps we can even trust in Hashem to decide who will be healthy and who will get sick. Perhaps we don’t have to be afraid of a virus. Perhaps…

What is happening right now is not simply the result of redefining sakanas nifashos too broadly; it’s far more insidious than that. As Dr. Robert Mendelsohn explains in his book, “Confessions of the Medical Heretic,” modern medicine is structured like a religion; he calls it “The Church of Modern Medicine.”

It seems like we fell for the medical authorities’ ploy – hook, line and sinker. I am eagerly waiting for more people to wake up and realize that we have surrendered our right to practice our faith in the name of public health.

We’ve come to a crossroads

Rabeinu Bechayeh Ibn Pekudah says in the introduction to Chovos Halevavos shaar Habitachon “If someone trusts in something other than Hashem, then Hashem removes his hashgachah from that person, and leaves him in the hands of that which he trusted instead.”

Perhaps the current state of affairs is a culmination of decades of indoctrination. Modern science has been insidiously eroding the fabric of our faith in G-d for generations, unchecked.

I believe that the current events have given us the opportunity to make a choice. We can either continue to put our faith in the public health authorities and be deathly afraid of contagious disease, or we can reawaken our faith in the Creator and choose to fear nothing… but Him.