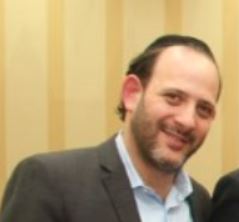 Is YeshivaWorldNews The Media Arm of Agudath Israel?

An article recently published at the YeshivaWorld website indicated that the “Muslim Public Affairs Council filed an amicus (friend of the court) brief with the Second Circuit in support of Agudah’s lawsuit challenging the executive order targeting our community.”

The article further stated that,

YWN can exclusively bring you the opening pages of their brief.

At EN, we were confused by that statement. All court documents are a matter of public record and are thus available to anyone who looks for it. Why, then, would YWN publish a false statement regarding the availability of publicly available documents?

As it turns out, YWN was 100% correct. The documents were in fact not publicly available. We looked at the court’s public docket, and the amicus brief from the Muslim organization was nowhere to be found at that time. Apparently it had not yet been published by the court.

YWN is correct. They did appear to have exclusivity on that information.

But the question is how?

Mainstream doctors and scientists as well as independent journalists who question the formal narrative of an event or events in society have been banned, shadow banned, or simply locked out of their accounts for merely asking reasonable questions and for posting material which the big tech companies are not in favor of.

The problem with fighting the censorship from a legal standpoint is that these social media platforms are independent companies are free to censor what they choose, or publish information which they deem appropriate.

Recently, though, several companies who were systemically victimized by the tyranny of censorship have taken to the courts, filing lawsuits against Facebook and other companies. For details of the suit, see here. The gist of the argument is that the government, and numerous elected officials have specifically requested (in their formal capacity) to censor material which they disagree with. Thus, the complaint argues, the tech companies have effectively become a media wing of the government, and as such, subsequent censorship would be a violation of First Amendment rights.

Yeshiva World News is run by Yehuda Baruch Eckstein. He lives in Brooklyn, NY and davens at the shul of Rav Lipa Geldwirth.

Mr. Eckstein has also been the personal driver for Rav Elya Brudny, who is a sitting member of the Mo’etzes Gedolei Torah of America, the Rabbinic board of Agudath Israel and is a close friend of Rav Lipa Geldwirth.

Mr. Eckstein’s brother Rav Moshe Yosef is a Rav who resides in Lakewood, NJ and has been involved in matters of shalom bayis in the community for many years. He (the brother) is a close talmid of Rav Shmuel Meir Katz, senior posek of BMG. Rav Katz was one of the leading voices in Lakewood who opposed shutting down minyanim in the name of public health.

No Words: A Tale of Persecution And Suffering That Is Difficult To Believe