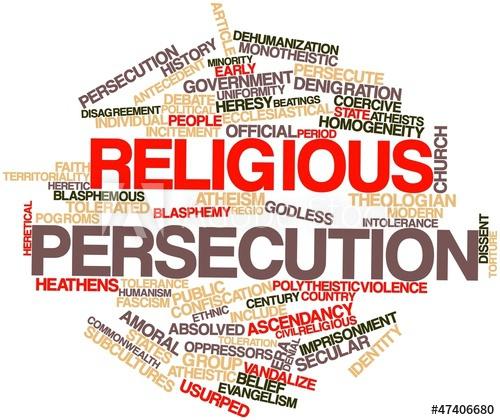 In an article I authored four years ago, I wrote about Agudah’s neglect to steadfastly guard against our religious liberties:

Ultimately this travesty is being perpetuated by our very own… Currently new bills are being introduced in nearly every state to completely remove the philosophical and religious vaccine exemptions entirely. Regardless of which side of the aisle one stands regarding vaccination, delegating our religious rights to Government should trouble us all. When the Supreme Court ruling in the “Peyote” case threatened our religious liberties in this country, Agudath Israel, fearing the precedent it would set, fought tenaciously for the Religious Freedom Restoration Act. Yet, vaccinations somehow have become a holy grail which must be enforced at all costs.[1] Instead of predominance given to those who shower us with the most money, we must always remember חסד לאומים חטאת. The Rabbanim have spoken. Ousting an unvaccinated child from school is against halacha. And acquiescing to the whimsical wishes of government bodies who seek to rob us of our religious rights is against common sense as well…

Two years ago, I added the following:

The article goes on to say that this is not the first time that the government attempted to regulate religious practices, but time and again we have prevailed. One example listed in the article was Bris Milah.

The irony here is almost poetic. Yeshiva World News carried the above article side by side with another article decrying religious exemptions for vaccines. The willing allocating of our religious rights in one area is obviously going to affect other areas as well. They have been quiet when thousands of children have been thrown out of school for claiming a legal religious exemption from vaccination. Not only have they been quiet but instead we have Yeshiva World News and their ilk screaming from the rooftops how religious exemptions should be abolished. This is just a natural progression of the agenda that they have led. No surprises here. The lack of foresight is astonishing…

Interestingly, in April 2006, Rabbi Chaim Dovid Zweibel, Executive Vice President for Government and Public Affairs for Agudath Israel of America, authored a piece regarding MBP (metzizah b’peh) in the Jewish Observer[3]. There he cites the argument that he presented to the DoH why MBP should not be under government oversight. Zweibel argued that rights for religious liberties trump medical risks in some cases, and he demonstrated that using religious exemption from vaccines as precedent. One can only wonder how this will end if the very ones entrusted to keep vigilant watch on our communities are the ones undermining it.”

These words, culled from a 35-page essay, entitled “Religious [Exemption] Persecution” could not have been better stated. We are currently living the effects of those who wantonly and almost purposefully allowed our liberties and Yiddishkeit to fall to the wayside in the everlasting effort to keeping their good graces with Gracie mansion and the governor. During the period in which there was active legislation to remove religious exemptions for vaccines, Agudah, at best, did nothing. But in truth, some of its members left no stone unturned in effort to sabotage our efforts in fighting the legislation. However, instead of recounting the entire sordid affair that took place last year, I will focus the next few paragraphs solely on select events that took place in the past few months. This may seem a bit conspiratorial to some, but to those that are privy to the undeniable facts which took place during the 2019-2020 legislative session, the following is just a logical progression.

On June 26, 2020, Mayer Mayerfeld, Daniel Schonbrun, and Elchanan Perr et al. filed a lawsuit against Andrew Cuomo, Letitia James, and Bill de Blasio for enforcing limits on religious gatherings. This lawsuit resulted in an injunction where the arbitrary limits on shuls moved to match that of other venues. In order to claim an injunction, the plaintiff must claim that he is suffering “irreparable harm”. In this case the court ruled that the fear of threatened arrest, persecution, and fines that the plaintiff was claiming was necessary to support the injunction standard.

It is quite surprising that this case is largely unknown around the Jewish community. Was it possible that a win for the Jewish community that did not include Agudah is not fit to mention? Maybe there was a deeper reason, that Jews should not be perceived as standing up for religious rights against government. Lest I be branded as “anti-Agudist”[4] and have a “להסיר לזוז שפתים” patchgivil[5] placed against me, let’s see what did become public knowledge.

Before the summer was set to begin, a suit was filed against Governor Cuomo and was blasted all over Jewish media outlets. Agudah filed a lawsuit to allow camps to open. However, “much to Agudah’s chagrin” the injunctive relief failed. Failing a lawsuit does much more than just losing a local case. It sets precedent that is used in future cases. To file a case that has the potential of losing when Yiddishkeit is at stake, is a big deal. Indeed, this case was used in Cuomo’s defense in Agudah’s second lawsuit. See below Bezras Hashem.

Was it really Agudah’s intent to win the case? While this is second-hand, I know of a lawyer that looked through the case and remarked (paraphrased) “Why would Agudah ever file such a suit? A lawsuit with similar arguments lost in other locals, and to argue based on these merits is preposterous.”

Before we answer the question, let us carry on.

On the second day of chol hamoed Sukkos, Governor Cuomo held a conference call with “religious leaders” of the frum community. During the call he threatened, cajoled, and lied to the leaders of what he would do to the community if they don’t comply. During the call the Governor conceded that the restrictions are based on fear, not on science.[6]

Just hours after the call during which Cuomo stated that he would leave shuls at 50% capacity, the Governor signed an executive order closing shuls in some zones and severely limiting shuls in others.

Two days later (on October 8th), Agudah filed suit amid much pump and grandeur (PR campaign). Instead of following the winning argument (Mayerfeld et al.) of unequal enforcement and threats of arrests, persecution, the lack of science (above) and actual rates, Agudah decided to take the more politically correct route. Much of the suit was dedicated to the fact that the plaintiffs were already following COVID protocols and simply not davening in shul would be irreparable harm. Fleeting mention was made of Mayerfeld’s case, but it was not amply conveyed how unequal enforcement applied to this case. In addition, the case made major concessions that we were following all protocols until now. Mention was shallow of the fact that we would follow our constitutionally enshrined right to practice religion, and we would do so no matter what the stakes and by default this executive order created a fear of persecution.

It goes without saying that by not following the winning arguments they lost the injunctive relief.

Ironically, aside from using the camp lawsuit to defend himself, Governor Cuomo used a 1905 supreme court case in his defense that involved the state forcing vaccines! Furthermore, in her arguments, the judge pointed to the fact that houses of worship were locked down in the early phases of the pandemic (by the rabbis themselves) and that religious practitioners dealt with it.[7] This argument was not even presented by the defense, rather by the judge herself.

Matzav reported on the denial by stating the following starting line: “DENIED: As expected…”.[8]

Do we file lawsuits expecting to lose them?

Avi Schick, Agudah’s lawyer, works for a major law firm that wins huge cases. It is not probable that they lose every case they file. Perhaps these filings were intentionally intended to fail.

So, back to the original question before. Would Agudah intentionally betray our people?

It depends what betray means. In a recent article, Rabbi Avi Shafran, Agudath Israel’s public affairs director, subtly suggests that we vote for gimel chamuros lefty Democrats instead of moral candidates[9], a position that Rabbi Zwiebel did not deny in a subsequent piece.[10] The justification given was that (paraphrased) “There are issues of great importance to us, like education funding and the affordability of our neighborhoods.”[11]

An organization that prides itself with advocacy that receives millions of dollars for our mosdos and institutions (as well as hundreds of thousands for itself… as in Agudath Israel of America’s Community Services among other initiatives), it would be hard to believe that it would bite the hand that feeds it. This is not conspiracy theory. This is human nature. Every grant received is based on hundreds or thousands of hours of “advocacy”, and to fell all the years of perceived comradeship for a single win may be hard to justify. Indeed, in galus, lawsuits are a last resort, but a failed lawsuit is even worse.

However, were Agudah not to have filed (and there was plenty of discussion on that as well), it would have invoked the ire of the community. To pander to the community, and maintain the façade, a suit was filed, but at the same time care was taken not to besmirch the name of Agudah within the reaches of Albany.

Advocacy is undeniably a most noble as well as difficult task, with accusations always hurling no matter what one does. However, advocating for our financial welfare is by its very definition at odds with advocating for Klal Yisroel’s moral welfare. While the former demands that we get close to politicians most favorable to giving grants (most often liberal democrats), the latter demands us to side with moral candidates and at times go to war with the opposition.

At this point in time, it appears more than ever that it is time to secede. To create our own grassroots organization that will truly seek to protect our moral values. To protect Torah education and not just “education funding”. To be able to practice according to Torah principles in our community and not just “affordable housing”. To shake those that seek to sabotage at every juncture, because it would cost them to lose grace with Gracie. And may I suggest, to truly rid ourselves of the grants that only ensnare us more and more.

[1] See Contemporary Halachic Problems Vol. VII; Rabbi JD Bleich, page 453, footnote 14, where he justifies compulsory vaccination, and sets the above case of Employment division vs. Smith as legal precedent regarding the constitutionality of such legislation.

[4] A term coined by R’ Zwiebel about those who question any motive of Agudah for being anything less than fully altruistic. See footnote 9.

Is YeshivaWorldNews The Media Arm of Agudath Israel?