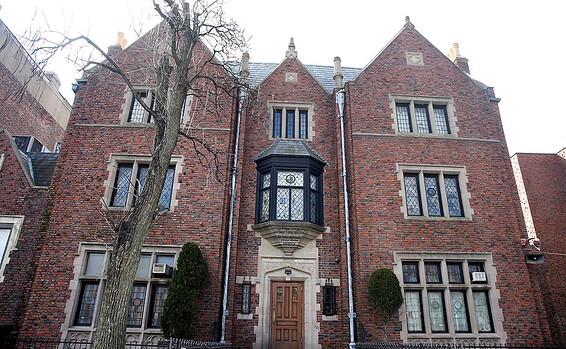 (For the Hebrew version, see here.)

To the worldwide Chabad community, to each and every member of Anash יחיו:

Therefore, it is incumbent upon every single Chabad chossid to vehemently protest the recent misdeed committed by the administration of Ohel Chabad Lubavitch, and by the administration of Merkos L’inyonei Chinuch under whose auspices the former mosad operates. We refer here to the recent announcement that effectively bans Jews from spending this Shabbos – eve of 3 Tamuz – at the tziyun. No one has protested this grave action as of yet, and the silence is astonishing. Shomu Shomyaim.

Who dares to drive a wedge between a Chossid and his Rebbe, cutting him off from the source of living waters, with such cruelty and tyranny, with no halachic imprimatur, basis, or precedent? How dare they attempt to estrange beloved children from their father’s table and to cause an unprecedented division between fellow Jews in such a brazen and shocking manner? Who will take responsibility for the beloved tmimim and anash who have been “driven out today from cleaving to G-d’s heritage, saying, ‘Go, worship other deities’,” as King David lamented? This brazen action is a stab in the heart of chassidus Chabad as a whole, and in the heart of every single chossid individually.

How much more so must this act be protested during our current times, when we need Heavenly mercies more than ever before. How much more so must we be more careful than ever to ensure that no Jew be left behind and to preserve the fragile unity of our People and the unity of all chassidim. As we say: “Bless us, our Father, all of us together as one.” The Rebbe taught us that this means: “When does our Father bless us? Specifically when we are all together as one.” And from the positive, one may infer the negative, Heaven forfend.

What should the thousands of tmimim do who are thirsting to spend this auspicious Shabbos in the presence of the tzaddik, the leader of our generation, and to join in with others in Farbrengins as is customary on this holy day?

How did the administration of Merkos L’inyonei Chinuch dare to pressure these tmimim to comply to unreasonable and incomprehensible policy that calls on them to submit to an experimental drug that entails risk? Of course, Merkos is well aware that this medical procedure carries the risk of blood clot, lifelong injury, and death, and according to numerous medical experts, also carries the significant risk of lifelong infertility. Has Merkos all of a sudden become a medical organization that conducts medical experimentation on Chabad chassidim and young tmimim, attempting to coax and pressure them to receiving an injection that isn’t FDA-approved!? (According to the FDA’s own website, this product has NOT undergone adequate testing to qualify for official FDA approval, and the testing phase will not be concluded before 2023 according to the Gregorian calendar). Moreover, according to countless medical experts, this product is HIGHLY toxic and should be avoided at all costs. Is the hanholo of Merkos L’inyonei Chinuch agreeing to bear responsibility for any and all side-effects that will be suffered by the tmimim and anash as a result of this experimental product they are taking at Merkos’ behest!?

Surely Merkos is well aware of the psak din of the Alter Rebbe, the Baal HaTanya and Baal HaShulchan Aruch, and first Rebbe of Chabad, in Orach Chayim 618:5. In a place of possible mortal risk, we err to the side of caution. If there are two experts warning that fasting might present risk for a patient, it is categorically forbidden for him to fast, even if there are another hundred experts who maintain that fasting poses no such risk. It doesn’t matter, since we are required to heed the warnings of the two against the reassurances of the hundred with regard to possible mortal risk. How much more so in our case when the most qualified independent scientists and medical experts in our generation have cautioned earnestly about the dire risks associated with this product, and are begging people NOT to take it under ANY circumstances.

In light of the above, it is most astonishing that the administration of Merkos L’inyonei Chinuch has brazenly seen fit to publicly endorse this experimental product and force it upon their adherents and tender youths!

The only possible explanation for this bizarre abuse of authority is that they had perhaps been advised by doctors to minimize the number of attendees due to alleged “public health policy” concerns. The thinking is that gatherings (and specifically religious gatherings) pose risk to all attendees and to the entire world. Oddly, this leftist-agenda philosophy seems to have influenced many in the population, and it seems that the administration of Merkos has fallen prey to it as well. Of course, this position is in stark opposition to our holy Torah. To the contrary, Judaism asserts that “B’rov am hadras Melech – The King’s majesty is demonstrated in large groups” (Mishlei 14:28, and cited in the Alter Rebbe’s Shluchan Aruch, Orach Chayim 90:10 and elsewhere).

The Rebbe’s talks and writings abound with the primary importance of gathering Jews together, especially during Hakhel but also at all times. How many countless times did the Rebbe instruct us to be “makhil kehilos b’rabim” (assemble Jews in public gatherings)? Gathering Jews is a quintessential tenet of our religion. It is not “non-essential” or superfluous, Heaven forfend. This concept ought to be elementary to every observant Jew who cherishes the Torah, and especially to every chossid Chabad in the seventh generation.

However, even if this were indeed the case, then the Ohel Chabad Lubavitch administration could have easily curtailed attendance another way without doing so in a way that is publicly perceived as coercive measures upon the tmimim and yeshiva students to submit to this injection in order to be deemed worthy of spending Shabbos Gimel Tamuz at the Ohel. Alas, as of this writing, it’s been reported that hundreds of students have already lined up to get this experimental injection in compliance with the decree from Merkos. Hashem yishmor.

In case this action was at the behest of the city or state officials, let’s recall the Rebbe’s timeless words spoken on Shabbos Parshas Bereishis, 5752: “The principle dina d’malchusa dina – ‘The law of the land is your law’ – applies only in regard to specific material matters, e.g., business law, taxes, and the like, but not in regard to the Torah and its mitzvos. In regard to the latter, we have the clear assurance of the Previous Rebbe that “our souls were not sent into exile… The principle, ‘Do not challenge the nations’ is not relevant in this context, for this principle can never override an explicit teaching of Torah law.” The principle of “B’rov am hadras Melech” is an explicit teaching of Torah law and oft-repeated in halacha.

In light of the magnitude of recklessness that this debased policy represents, we hereby turn to every single member of the administrations of these two aforementioned mosdos, and to the worldwide family of Chabad chassidim – since, as mentioned above, whoever does not speak out against this breach and public chilul Hashem effectively communicates his tacit approval, rachmono litzlan –

Consequently, we the undersigned hereby protest with every fiber of our being against the reckless deeds of those responsible for this insolent exploitation of the tmimim and anash. We call upon them to immediately cease and desist and annul this shocking decree at once.

We conclude with a prayer for the true and complete Redemption, the geulah of each and every single Jewish person without any exception, as it states: “And you shall be gathered one by one, O children of Israel” (Isaiah 27:12) “We shall go with our young and our old, with our sons and our daughters” (Ex 10:9) and “a great multitude will return there” (Jer 31:7). 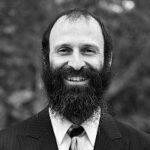