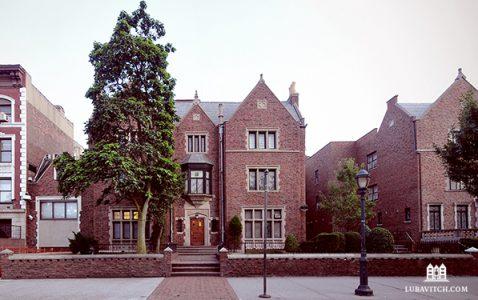 Crown Heights Schools: A Condemnation And Call To Action

To all Crown Heights residents and all Jews everywhere:

With profound pain and consternation, I have no other choice but to share with you the frightening corruption and dereliction of several moisdos in our community:

Whereas in the 1800’s, when the Russian government would allow yeshivas to remain open only if they would consent to governmental demands to teach Russian studies, the Chabad Rabbeim refused to comply. There was nothing innately harmful with these Russian studies, but the Rabbeim fought them, for they did not belong in the arena of Torah study, a place of utmost purity and holiness.

Today, in modern times, our yeshivas, who once prided themselves as providers of pure Torah education, now feel that they have the right to forcibly subject our children to mandatory swabs deep into the nostrils, strong-arming parents into relinquishing their rights as parents in reverence to a most troubling public health mandate.

As every medical expert can attest, the children are not at risk of disease whatsoever. Their nostrils, which, as the Radak points out (in Tehillim Chapter 119 verse 1), are particularly close to the brain cavities, are now to become public property and invaded weekly, purely for the benefit of others, if there is any benefit altogether. This testing is contrary to the directives of local doctors, as well as the C.D.C. itself, who all feel that such testing should not be mandatory. All rabbonim who have been asked about the matter have concurred that such mandatory testing is contrary to Halacha.

In Choshen Mishpot siman 156 sif 3, Shulchan Aruch instructs that the G-d-given right of all children to study Torah communally surpasses the comforts of others:

If a secular school opens up in a neighborhood, the neighbors can complain and close it down. But if a cheider opens up, even if the commotion it causes disturbs the neighbors, the neighbors are not entitled to demand any injunctive relief.

Because when it comes to Torah study, an utmost necessity to the entire Jewish People and of every Jewish child, other people’s comforts are not taken into account. Withholding Torah study to force children to be tested for the imagined benefit of others is antithetical to Shulchan Aruch.

As such, I hereby voice my strongest condemnation to the politicization of Torah education. The following schools have simply lost their right to present themselves as moisdos of pure Torah education – Beis Chaya Mushka, Oholei Torah, and Lubavitcher Yeshiva.

In addition, I turn to every teacher or employee of these schools:

It is imperative that you inform your employers that you shall no longer show up to work until the moisad returns to authentic Judaism and promptly halts the implementation of all and any mandatory testing or treatments which have nothing to do with the purity of Torah and its holy mandates.

If enough teachers participate in this communal outcry, and enough supporters discontinue their support, the schools will have no option but to capitulate.

And to all parents and community members:

Whether or not you have children in these schools, whether or not you signed the waiver – stand up and voice your indignation and opposition to the corruption. The future of Jewish education is at stake!

A week ago today my brother's 13-year-old son had his 2nd covid shot. Less than 3 days later he died.

The initial autopsy results (done Friday) were that his heart was enlarged and there was some fluid surrounding it. He had no known health problems. Was on no medications.

Here's the FDA definition of “safe and effective.”

What a stunning sight 🏛 physicians and patients standing up for science, freedom, and common sense at the beautiful, historic state capital in Hartford CT.

The people have made it clear:
Liberty must be restored.

The #AgudahVotingProject thanks #Boston mayoral candidate @wutrain for participating in an important dialogue and sharing her vision for #Boston.

The Agudah Voting Project and the New England office of Agudath Israel of America were pleased to host a convers...

What you need to know about Fulton v. City of Philadelphia and its implications.

Today is Child Tax Credit Awareness Day--and millions of people who may be eligible may not know--anyone can go to to see if they can benefit. Payments start going out every month beginning on July 15th

The White House has reiterated its opposition to raising the gas tax in a new statement issued Friday as lawmake...

Louise Burke was forced out of Simon & Schuster for her political views. She’s not the first. Read more in this new book, published by Simon & Schuster. http://bit.ly/CarlsonTLS

Here's a sneak peek into the most dramatic episode yet of Tucker Carlson Originals. "Hunting MS-13" drops tomorrow on @foxnation

The most dramatic episode yet of Tucker Carlson Originals drops this Thursday. Stream “Hunting MS-13” starting June 10th only on @foxnation

I guess he will just never see it coming. Senators pissed off on both sides of the aisle; This does not bode well for Mr. Fauci.

Facui blocked the use of 50-60 million doses of Hydroxychloroquine, now known to be effective in early CV19 treatment.

Donald Trump scored a major win over the liberal media. It’s a moral victory as he’s no longer preside...

Emergency room #nurse says she's been seeing patients admitted to the ER frequently with adverse reactions to the shot as her employer pressures her to take it.
#COVID19vaccines
via @BitChute

covid vaccine even though she doesn't want to as she's seen the horrific reactions. https://t.me/TommyRobinsonNews/20001

Ahhh the coincidences strike once again

An analysis of the Bill & Melinda Gates Foundation’s food and agriculture grants found the majority of the f...

Don't miss #TheDefender's Most Read News of the Week!

Today we are honoring Don Wilson Robinson and all fathers around the world! Don’s son, Joseph Robinson, had this to say in memory of his dad:

“To the best father a man could hope for, who taught by example, and led with both his heart and his head.”

Oh Yes don't forget to a vote for me June 22

Let's get out there and Vote for me

Today and send a message

June 22 is Election Day let's get this done