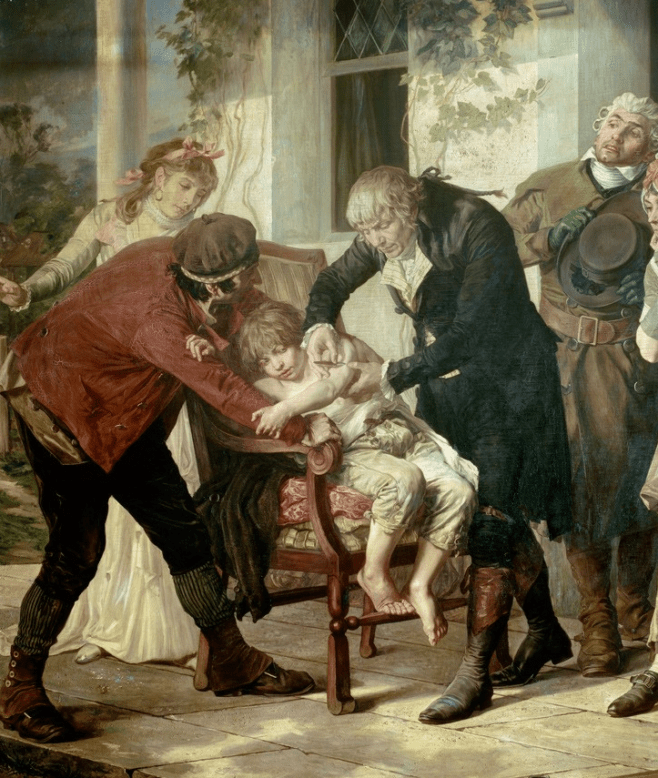 On Friday, Hoshanah Rabbah, New York Eastern District Court Judge Kiyo Matsumoto ruled in case 1:20-cv-04834, denying the request of Agudath Yisroel, et al for a Temporary Restraining Order on NY State Governor Cuomo’s executive order which would ban or significantly curtail davening and related activities in many zones and zip codes in our shuls for the Yom Tov of Shmini Atzeres and Simchas Torah.

At EN, we will update you with details of this case as it progresses. For a document detailing the Governor’s arguments, see our earlier article, here.

Besides the obvious and horrible disappointment which we now all feel, there was a very interesting detail which we cannot overlook. While listening to the audio of the hearing, we noticed that the judge repeatedly referred to a preceding landmark case of Jacobson vs Massachusetts.

The details of that case are as follows:

During a smallpox outbreak in 1905 in Cambridge, Massachusetts, Mr. Jacobson refused to have his son vaccinated against smallpox, stating that they had already experienced injury in their family as a result of earlier vaccinations.

Notwithstanding, the state fined Mr. Jacobson $5 for failure to comply with the pubic health mandate. (That would be equivalent to an amount of $100 to $200 in today’s value.)

Mr. Jacobson sued the state in US Supreme Court and lost.

This case has long been used, or perhaps, abused, in an effort to promote mandatory vaccinations and public health mandates in general.

The fact that such case law would be used as an impetus to shut down or stymie our ability to assemble in shuls and Yeshivos to daven or for other religious gatherings is disturbing, to say the least.

This is not the first time that the Jacobson case was used as a precedent to lay the field for further abuse of the public in the name of “public health”.

In an epic and shocking Supreme Court ruling in 1927 in the landmark case of Buck vs Bell, the court ruled that a woman who is mentally ill may have her Fallopian tubes forcibly cut by the government in an effort to ensure that she will not have children. The court ruling leaves no room for misinterpretation. Its text speaks for itself:

Notice that the ruling quoted the Jacobson case as a basis for their verdict.

Some may argue that while the Buck vs Bell ruling is shocking in its own right, we’d be hard pressed to find a court today that would uphold such a ruling, much less render such a ruling in the first place. Keep in mind that at one point in time, the US also condoned slavery. We’ve come a long way since then. Any law or ruling can be abused, but that doesn’t mean that the law itself is wrong.

But have we really come a long way since then?

We just lost the opportunity to daven and partake in joyous festive services for the beloved Yom Tov of Simchas Torah because of a draconian judicial ruling passed over one hundred years ago. Does that even make sense? Does this seem right or fair to you?

Furthermore, last year, the legislature in the state of Alabama introduced bill HB238 which states as follows:

Relating to family planning; to require a man to undergo a vasectomy within one month of his 50th birthday or the birth of his third biological child, whichever comes first.

As with Buck vs Bell, the text needs no elucidation. It is shocking beyond belief.

Naysayers will continue to counter that lots of bills are introduced all the time but most of them never pass. Perhaps this was merely introduced by a radical liberal who was trying to show off to his or her peers the extent of how far left they are.

And that’s true too. But what we may fail to understand is that bills like this should send a very cold shudder down all of our spines. As we covered previously, it was precisely these kinds of laws which led to the Holocaust. Buck vs Bell was a manifestation of Eugenics, which was the impetus for Hilter’s genocidal views. Eugenics came from American ideologies, not German. Hitler took it from us.

And the reason that similar laws or bills or not often passed in the US is because we believe in freedom and fight for it. Freedom is not a given, and the moment we give up that fight we are effectively signing away basic religious and bodily autonomy.

Do we really want the government to have the power to enact laws by grabbing rights which were not even endowed to them by the Constitution, all in the name of “public health”?

Isn’t it time to rescind Jacobson once and for all?

(For more information on the Jacobson case, see here and here.)

Cuomo’s Objection To Aguda’s Request For An Immediate Injunction

Cuomo: Government Restrictions Are Based On Fear, Not Science