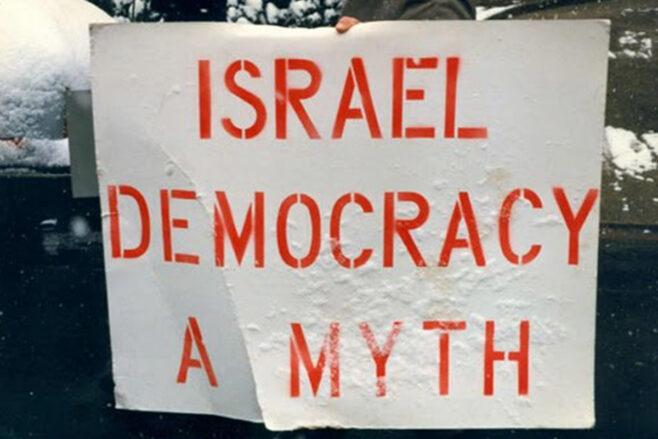 Netanyahu’s alleged crimes and abuse of power are a distraction from the very real danger to Israeli democracy: the state’s encroachment on civil and individual liberties in the name of bad science.

According to the dictionary definition, mass hysteria is “a condition affecting a group of persons, characterized by excitement or anxiety, irrational behavior or beliefs, or inexplicable symptoms of illness.”

Much of Israel has succumbed to a psychosis-like frenzy, manifested in fearful or muted reactions to government-mandated emergency laws that prevent Israelis from visiting each other or leaving their homes except for essential errands—as defined and determined by the government politburo of politicians and career public servants.

What’s truly disconcerting is the sheepish and seemingly willing subjugation of vast segments of society into a new culture of fear. Many Israelis, in the throes of this psychosis, now feel free to yell at joggers for failing to wear a muzzle, give dirty looks to neighbors who dare to invite guests over. Children, no older than 7 years old, run around the neighborhood demanding that strangers wear masks while posing on Instagram to show their custom-made masks—fast becoming the new standard for individual expression.

The COVID craze has also supercharged certain local cultural eccentricities. The ease with which Israelis offer unsolicited advice to each other, the nonchalant remarks Israelis offer to young mothers on how to deal with their children, are as ubiquitous as they are harmless. Unfortunately, COVID is rapidly turning such sentiment into indignant expressions of rage targeting strangers and neighbors.Subscribe to The JNS Daily Syndicate by email and never miss our top stories

This is further amplified by municipalities putting up ads around the country urging collective action, implicitly asking Israelis to forego individualistic pursuits in the name of health and collective effort. “We-are-in-this-together” slogans by rule-flouting politicians are hitting home.

Israelis, who following a tragic event such as a terrorist attack, come together to emphasize the importance of continuing living because ein breira (“there’s no choice”), are now frantically policing each other for health violations in the name of an invisible enemy which, on average, spares 99 percent of us.

The fear of the invisible, coupled with a government mired in political infighting and a prime minister who seems animated by personal considerations and political survival, is providing the perfect cocktail for the rise of authoritarianism.

The terrible, glaring irony of the situation shouldn’t escape anyone. Netanyahu, who helped free Israel from its socialist shackles and largely personifies Israel’s shift from a developing nation to a modern, market-driven economy, is now leading a government that curbs personal liberties and prevents businesses from operating.

Netanyahu, historically an avowed enemy of Israel’s growth-choking unions and bloated public sector, is now handing out unemployment checks until the summer of 2021 while giving grandiose speeches on TV with body language and rhetoric signaling an attitude that treats Israelis as mere subjects, not as free-thinking individuals. The finger-wagging, the awkward lessons on how to cough properly, are all indicative of a mentality that views the Israeli people as ignorant and irresponsible, as unable to act responsibly and who therefore need to be coerced into submission—all in the name of good health. L’chaim! (“To Life!”).

The current government has overstepped its mandate by creating, willingly or unwillingly, a new legal and cultural framework driven by a misguided application of pikuach nefesh (“saving a life,” a principle in Jewish law that the preservation of human life overrides virtually any other religious rule) and bad science.

Indeed, many Israelis all too willingly gave up freedoms because, as any good Israeli would, they put their faith in government. However, the government and the people it claims to represent forgot—or ignored—that death comes in many forms.

Who will speak for the hundreds of thousands of unemployed, the businesses forced to close down, the elderly whose happiness stems from seeing grandchildren and family, people with mental issues, young children whose healthy psychological development rests largely on social interaction with friends or educators, the tourism industry, empty hotels and many others?

When the government imposed a nationwide lockdown and stringent social distancing restrictions, there was a 30 percent rise in calls to crisis hotlines. How did Israel’s tunnel-vision leaders contend with this fact? Except for a few voices of reason, quickly removed from any position of power, they did not.

In some tragic sense, COVID-19—in the absence of suicide bombings and other imminent security threats—has become a unifying force for many.

Though Israel is seeing a wave of protests, the demonstrations have little in common with anti-lockdown protests in parts of the United States and the United Kingdom, where the notion of individual liberties and freedoms are at the forefront of the sentiment. In Israel, the protests are led by the so-called Crime Minister movement and driven by opposition to Netanyahu.

In some ways, the protests are a continuation of the “tent protests” of 2011 when Israelis set tent cities in cities across the country to protest rising prices and demanded affordable housing. Similar to the current protests, the demonstrators in 2011 did not demand lower taxes or individual liberties, but more government involvement. Today, just like 10 years ago, much of the wrath is directed at Netanyahu not out of concern for personal liberties but because the incumbent is seen as a crook.

While Israel certainly is—or was, until a few months ago—a liberal democracy, civil liberties and individual freedoms are not principles ingrained in the Israeli DNA. An indication of this mindset can be found at Ben Gurion Airport where a large image of the Knesset (Israeli parliament) proudly states: “Knesset—shaping the Israeli society since 1948.”

The composition of the Knesset is a product of elections, supposedly a hallmark of democracy, but, in fact, is a sham. Israelis elect their representatives from a list prepared by the party machines and often include union heavyweights and strongmen with specific tribal loyalties. Indeed, Israeli government and decision-making bodies are crippled by infighting and power plays with each faction trying to maximize benefits for their particular tribe.

Israelis should gasp at the idea that government bureaucrats and tribal leaders shape the Israeli society. Unfortunately, this warped sentiment is shared by many.

Perhaps Israelis should begin to consider the idea that individual efforts, be it entrepreneurial pursuits, military heroism, scientific excellence, Jewish values or acts of kindness—all deeply Israeli qualities—shape society and culture. Only by recognizing the individual’s place as the primary engine of societal change can the government’s role in people’s lives be diminished.

Today, as individual freedoms are eroding, a mass hysteria has captured vast segments of society and created a largely obedient citizenry, too scared or unwilling to fight against government overreach. However, this capitulation, coupled with the protests against Netanyahu’s alleged crimes and abuse of power, is a distraction from the very real danger to Israeli democracy: the state’s encroachment on civil and individual liberties in the name of bad science. 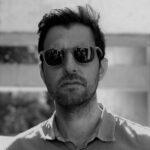 Cuomo: Government Restrictions Are Based On Fear, Not Science