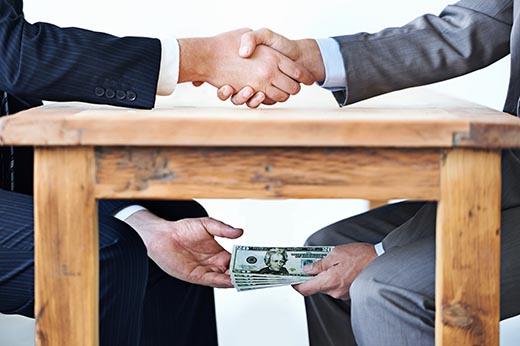 ICAN can now officially confirm that officials within the National Institute of Health (NIH) who are working to develop a vaccine for novel coronavirus (COVID-19) stand to personally earn millions of dollars from sales of this vaccine.

When government officials will profit from the sale of a product, there is cause for concern regarding their licensure and promotion of that product.

The first vaccine for COVID-19 to begin trials in the United States is mRNA-1273. This experimental vaccine was developed by Dr. Anthony Fauci’s National Institute of Allergy and Infectious Disease (NIAID), which is part of the NIH, along with a biotech company, Moderna Inc., the company that will sell this product to the public.

Moderna will pay a license fee to NIAID (or its parent agency) to use its patents related to mRNA-1273 and a portion of those fees are then paid directly to the inventors within NIAID who developed those patents.

There are two patents for which the following six individuals in NIAID appear to be listed as inventors which relate to development of mRNA-1273:

To confirm these findings, ICAN had its legal team, headed by Aaron Siri, obtain directly from NIH copies of the Employee Invention Reports submitted by NIAID officials with regard to the COVID-19 vaccine. NIH has now produced those reports which confirm that the above individuals are indeed listed as inventors. Hence, these individuals within Dr. Fauci’s NIAID, and their heirs, will each potentially earn millions of dollars personally from sales of mRNA-1273 over the next twenty years. NIAID also stands to earn millions annually from the sale of this vaccine.

Given the potentially significant personal financial interests of individuals within NIAID, it may not be surprising that NIAID used taxpayer dollars to sponsor, assume responsibility for, and perform the first clinical trial of this vaccine. There is a clear conflict in having NIAID, whose employees stand to potentially earn millions of dollars from this vaccine, overseeing and conducting the clinical trial for mRNA-1273. This clinical trial information is what NIAID’s sister agency, the FDA, will then rely upon to license the mRNA-1732 for public use.

NIAID’s parent department, HHS, has also awarded $483 million to accelerate development of mRNA-1273, including to “fund the development of mRNA-1273 to FDA licensure and manufacturing process scale-up to enable large-scale production in 2020 [before licensure is granted].” The U.S. Government has also already reached a $1.5 billion deal to purchase 100 million doses of mRNA-1273. HHS has even granted those developing and selling this product, including NIAID and Moderna, broad immunity from liability for injuries caused by this product.

Dr. Fauci has been tirelessly promoting the mRNA-1273 vaccine that will potentially make individuals in his agency millionaires and will drive millions more dollars into his agency. It should not be permissible that the federal department responsible for testing and licensing a product would include individuals who stand to earn millions of dollars from selling that product. It creates conflicts of interest that can cloud the vision of the most clear-eyed individuals.

Pfizer won’t deliver their product in countries that will not shield them from liability for injury or death.

What does this tell you?

Gov. Abbott should do what Gov. Reynolds did in Iowa. Executive order stating that if you lose your job in TX because you refuse to be vaccinated, you WILL receive unemployment benefits. @GovAbbott https://twitter.com/Doctor_I_am_The/status/1468746505548963843

Yet another example of lawyer speak. For everyone reading this, please note that should you choose NOT to get vaccinated and you part ways with your employer; you are NOT being guaranteed unemployment benefits. Maybe we could have something with teeth protecting TEXANS.@GovAbbott

Since your first 3 didn’t work… take a 4th! That ought to do the trick!

"When we see real-world data, will determine if the omicron is well covered by the third dose and for how long," Pfizer CEO Albert Bourla told CNBC.