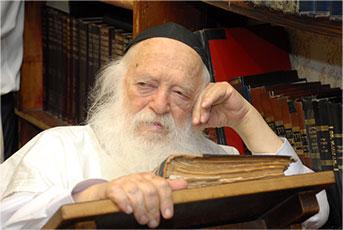 2. Click the link below to join our Telegram group

So @JoeBiden wants to borrow $2 trillion to keep you and your family locked down in the basement, just like him?

Biden’s #COVID relief pledge is unconstitutional, anti-science, and just a scheme to spend your money.

2. Click the link below to join our Telegram group

This past year has been a tumultuous time for schools everywhere. Zoom class, phone class, when to open, when to shut, and vaccinations have entered the conversation. All of these issues were discussed at the Yeshiva Services Annual Consultation Meeting.

Today, we honor a hero, who embodied love and faith in his pursuit for equality: Rev. Dr. Martin Luther King Jr.

.@POTUS: In light of reports of more demonstrations, I urge that there must be NO violence, NO lawbreaking and NO vandalism of any kind. That is not what I stand for, and it is not what America stands for. I call on ALL Americans to help ease tensions and calm tempers. Thank You.

The autism epidemic is thalidomide, The Big Short, & Spotlight all in one. The biggest medical mistake in history, driven by profit, covered up by ppl we trust.

If I tweeted nothing but lies, twitter wouldn’t actually fact check me. But when I tweet truths, I become a danger to society. Do you see what they’ve done? They demonize free thinkers, ostracize the educated, condemn intellectuals, all why convincing you it’s progressivism.

We've been living in a reality TV show for the past 4 years and some of y'all are addicted to the drama and it shows.

Anything that impugns the motives of the ruling class is automatically labeled as "misinformation" by the mainstream media -- and that tells you everything that you need to know right there.

PEG sensitivity is very high - about 74% in the population.

The use of PEG to encapsulate the mRNA in COVID-19 vaccines may be been a HUGE MISTAKE.

Vaccine Providers have been recommended to PAUSE THE ADMINISTRATION of a specific lot... more here.

#BREAKING from @CAPublicHealth : Vaccine providers have been recommended to pause the administration of a specific lot of the #Moderna #COVID19 vaccine due to possible allergic reactions that are under investigation.

#ivermectin Those who have doubts about the effectiveness of Ivermectin read this article. "Effective formula knocks out Covid-19 in the Peruvian Amazon by Juan J Chamie https://link.medium.com/9cjy2qBK96

Covid19 treatment and Prevention Protocol in layman's terms from Dr. Stella Immanuel MD to Africa where these medicines are over the counter. I also discuss vaccines etc. Please share widely, this might save someone's live. https://rumble.com/vcyr0z-covid19-treatment-and-prevention-protocol-in-laymans-terms-from-dr.-stella-.html

The Speaker is working on setting up an acct.

It's rolling slow while they build servers for the huge surge. Be patient.

I will be scarce while traveling for the next couple weeks.

FYI: Polly does NOT have a Telegram account. She asked me to share this with everyone. These accounts are NOT HER. Please share this. Thank you.

How is this legal? Essentially, they were fired for refusing to be guinea pigs.
#NurembergCode #InformedConsent #HumanRights via @journalsentinel

Officials at Rock Haven, run by Rock County, have taken a hard line on vaccination despite some employees' concerns about unknown long-term effects.

“This rescission of the #MA #flu #vaccine mandate is extremely welcome. Kudos to the plaintiffs, @ICANdecide + their lawyers for this important victory that preserves health freedom for thousands of MA residents.” @maryhollandnyc #NoMandates #TheDefender

Facing lawsuits, the Massachusetts Department of Public Health withdrew the mandate that would have required all stude...

Happy Martin Luther King, Jr. Day! Let us remember how they tried to silence him, and let us also embrace the Democratic tradition of celebrating the right to dissent. #MLKDay #TheDefender

#Norway upped the number of deaths under investigation, from 23 last week to 33, while in #Germany, health officials said they are investigating 10 deaths that occurred among #elderly patients who received the #COVIDvaccine. #TheDefender

Norway upped the number of deaths under investigation, from 23 last week to 33, while in Germany, health officials...

Wasting my time at another BLM protest Linda my wife is going to kill me.

From The Just Enough Heshy Show

Where these great NY Fireman came quick & No loss of life and no injuries.