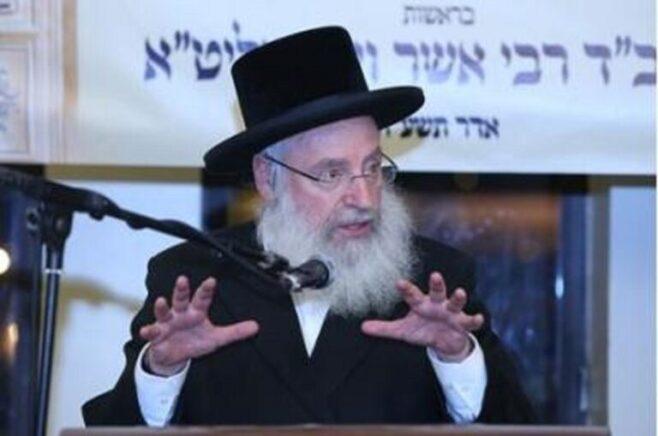 A Response To Rav Asher Weiss’s Recommendation Of Corona Vaccine

Rav Asher Weiss, a highly-respected Rav and Posek, gave an hour-long shiur in which he eloquently and clearly discussed the halachic basis for his recommendation of the corona vaccine. I feel I must respectfully respond. Everything he said sounds reasonable and logical but his conclusion was based on certain assumptions which I feel must be questioned, and various issues relevant to the topic were not addressed. Specifically, the issues of (1) the widespread suppression of any dissenting voices and data, and (2) serious conflicts of interest (negiah). I am sure these issues are addressed in halacha.

How dangerous is corona?

According to the Bureau of Statistics in Israel, there have not been a lot more total deaths this year than there was last year.[8][9] During the last few months, there were slightly more deaths than the same period last year, but not more than there was in the winter months.[10] This shows that the virus caused slightly more deaths, but nothing unusual. In a plague, we would expect to see many more deaths than usual. Of course, taking into account that the Ministry of Health did not allow doctors to use life-saving medications, that some died in hospitals from neglect and starvation (testimonies of their families), that some died with corona but not from corona, and that people dying from car accidents (or other reasons unrelated to corona) who had corona in the last month are still being written down as corona deaths, stating that corona has caused excess deaths is untrue.

In the U.S., the CDC recently admitted that only 6% of the deaths listed as corona deaths were actually from corona.[11] That’s a big admission.

When taking into account the fraud of the PCR tests, we can understand how the numbers of those sick with corona have been manipulated.[12]

We have witnessed in the last few months corruption at the very highest levels. From the beginning of the “pandemic”, there has been a silencing of any doctor who came forward and said he was managing to treat his corona patients successfully. Thousands of doctors were trying to get the word out that they were treating their corona patients successfully, even high-risk ones, and their patients were not dying.

Most notable amongst them was Dr. Zev Zelenko[13], a frum doctor from the U.S. as well as “America’s Front Doctors”[14]. They were treating their patients with hydroxychloroquine, zinc and antibiotics and seeing excellent results. The key was early treatment, and avoiding hospitalization. Yet this treatment and these people were demonized and censored. Bogus research was done claiming this drug was dangerous for patients. There was clearly a systematic effort by the powers to be to censor any information of a cure for corona, to distort it, and call it “dangerous misinformation”. Clearly, any doctor who mentioned a cure that he was using successfully, was dismissed and censored. Some even lost their jobs, like some of “America’s Front Doctors”.

Leaders and important people around the world, though, took this treatment and recovered.

Now, after the rollout of the vaccine, an interesting turnaround is taking place. Hydroxychloroquine is gaining recognition in the medical establishment as a cure for corona. No-one needs to be dying of corona anymore.

How dangerous is the vaccine? How effective is it?

The second assumption is that the danger from the vaccine is remote.  R’ Weiss relies on the “majority of experts” who say the vaccine is safe and effective.

This is remarkable as many scientists, independent of the medical institutions and pharmaceutical companies, are warning of its dangers and its many unknowns.[15] The list is too long to mention them here.[16] A reading of the actual trial done by Pfizer, even by a layman, shows disturbing information.[17] Pfizer have even stated that they do not know if the vaccine stops transmission of the virus. For how long is it effective? They do not know. It may possibly be for only a few months.

R’ Weiss states himself: If the danger is substantial, it might even be prohibited.

If there is a suspicion of pikuach nefesh, we do not go with the majority.

R’ Weiss states that we have no choice but to rely on scientific and medical data that is available at this time.

He is right. However, the situation in the medical and scientific world is so much more complicated. There is real corruption in the highest medical institutions of the world and a real suppression of anyone or any data that does not follow their narrative.

We have seen scientists and doctors who wanted to conduct research on vaccines have their funding withdrawn. If they do manage to publish their research, their license is removed if they are a doctor, and if they are a scientist, they are vilified and discredited in the scientific community. So of course there will always be a “majority” going along with the official medical establishment. The others have been kicked out.

Robert Kennedy, an environmental lawyer who’s spent his life fighting big corporations and is an excellent voice today on the subject of corruption in science, writes: “Both science and democracy rely on the free flow of accurate information. Greedy corporations and captive government regulators have consistently shown themselves willing to twist, distort, falsify and corrupt science, hide information and censor open debate to protect personal power and corporate profits.”[18]

How can we really know that the majority of experts recommend the corona vaccine? If experts who talk against the vaccine are vilified and discredited, we cannot know how many are really against it. There are also many who will be silent on the matter because they do not want to be discredited or have their careers put on the line. Doctors and scientists are “noge’ah badavar” as they have no choice but to go along with the health authorities’ recommendations.

It is time to address these issues and to take a much broader look at the complexities and realities.

Trading in Our Pearls for Pearls

I am honored by the outpouring of support from around the world.

Thank you for your letters and kind words of encouragement.

Oh, so now it’s over. Hmmm… I guess I survived… unvaccinated.

BREAKING: Ahead of the midterms, Joe Biden has declared that “the [Covid-19] pandemic is over.”

Google’s primary business is tracking, compiling, storing and selling personal data. By capturing children at an early age, the tech giant will be able to build the most comprehensive personality profiles of the population ever conceived.