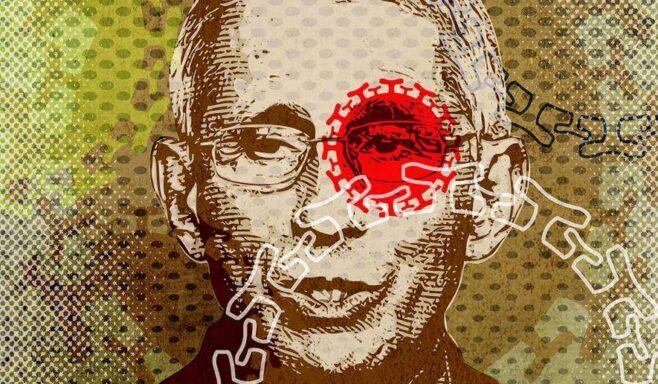 Is Dr. Fauci the ‘Father of the Pandemic?’

The former director of the Centers for Disease Control and Prevention, Dr. Robert Redfield, believes the SARS-CoV-2 virus originated in the Wuhan Institute of Virology.

If Dr. Redfield is correct — and he almost certainly is — then Dr. Anthony Fauci of the National Institutes of Health must assume significant responsibility for a global pandemic that has killed over half-a-million Americans, kicked tens of millions of Americans to the unemployment curb and drained trillions of dollars of wealth from the American economy.

Yet after testing thousands of animals, no virologist has found a similar “direct progenitor” of China’s second SARS virus. It is therefore extremely unlikely SARS-CoV-2 came from the Wuhan wet market. That leaves the competing Wuhan Lab theory.

With a biosafety rating of “P4,” the Wuhan Virology Lab houses the most dangerous pathogens on Earth, including the deadly Ebola. However, no P4 lab is ever 100% secure as there are numerous examples of pathogens escaping.

An accidental release of SARS-CoV-2 from the Wuhan Lab is therefore well within reason. This is particularly plausible given a U.S. State Department 2018 warning of sloppy safety precautions at the Wuhan Lab and the possibility of a “new SARS-like pandemic.” (You can’t say we weren’t warned.)

There is also the logic of Occam’s razor: If a deadly virus pops up within several kilometers of the only bio-weapons lab in Asia, the simplest explanation, according to Occam’s razor, is usually the right one. Ergo, SARS-CoV-2 came from the Wuhan Lab.

Then there is this: SARS-CoV-2 most closely resembles viruses that have been found in horseshoe bats; and the Wuhan Lab has an extensive collection of these rare and novel viruses. Adding fuel to this bat cave fire, many of these viruses were brought to Wuhan by China’s so-called Bat Lady Shi Zhengli. Before she was effectively muzzled by the Chinese government, Ms. Shi expressed concerns that the virus may have leaked from her lab.

As to whether SARS-CoV-2 was genetically engineered, it is here where Dr. Fauci enters this dangerous picture: In 2017, without sufficient warning to the Trump White House, Dr, Fauci and his NIH colleague Dr. Francis Collins re-authorized the use of so-called gain-of-function research inside China’s Wuhan Lab.

Gain-of-function is a genetic engineering tool that improves the ability of a virus to cause disease. In pushing for gain-of-function, Dr. Fauci and Dr. Collins unilaterally overturned a 2014 decision by the Obama White House to restrict such experiments because of their inherent dangers.

In fact, SARS-CoV-2 exhibits several highly unusual functional characteristics that suggest the virus has been genetically engineered. For example, unlike SARS-CoV-1 and most other viruses, SARS-CoV-2 is characterized by a high degree of “asymptomatic spread.” This makes the virus far more contagious — and therefore far more deadly.

The high degree of asymmetric spread — along with the rapid and deadly mutations of the virus we are now observing — suggest the possibility of a weaponized virus. Here, the U.S. State Department has revealed that the Wuhan Lab has engaged in research on behalf of the People’s Liberation Army since 2017 — the same year Dr. Fauci and Dr. Collins approved gain-of-function research in Wuhan.

The last piece of this “Fauci as the Father of the Pandemic” puzzle is this: Dr. Fauci’s NIH funneled American taxpayer dollars — some $7 million — into the Wuhan Lab through a shadowy figure named Peter Dasak. Mr. Dasak, himself, bragged about genetically engineering viruses at the Wuhan Lab prior to the pandemic.

If Dr. Redfield and Occam’s razor are right that the Wuhan Lab spawned SARS-CoV-2, history will judge the Chinese Communist Party and Dr. Fauci to be two of, if not the strangest, then certainly most deadly of bedfellows in history. For it was Dr. Fauci — and these facts are not in dispute — that provided the Wuhan Lab with both the funding and the green light for gain-of-function experiments. This is a congressional investigation waiting to happen.

Peter Navarro served as an assistant to the president during the Trump administration.