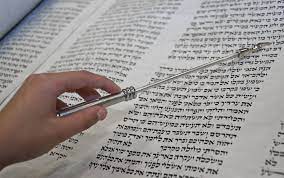 We hear these words so many times, but what do they actually mean? One news blurb extolled a Yeshiva bochur who handed a ball that he caught at a baseball game to a non-Jewish child nearby. Does doing something expressly prohibited by Chazal[1] have the ability to constitute a “kiddush Hashem”? After all, what exactly is a Kiddush Hashem?

Many have confused the concept of good Samaritan with what we call a Kiddush Hashem. Kiddush Hashem has become something similar to tribal pride or finding favor in the eyes of the gentiles. In fact, nothing can be further from the truth.

During the past year, there have been numerous drives to mobilize the entire community to do one action or another, mostly revolving around behaviors related to the virus, medical tests, and treatments. Many of these seemingly altruistic drives turned out to be entities with vested interests, harnessing the reality to boost their agendas. Even though multiple studies and experience show that spread does not occur in schools, and the PCR tests were done deliberately at high cycles yielding a high rate of false positives, still, children were mandated to be tested in schools and often with heavy pressure from establishment organizations. Research and lawsuits revealed that companies contracted for testing own extensive genetic libraries and there was no disclosure as to what would be done with the genetic materials harvested. As a matter of fact, CBS on its “60 Minutes” program designated the entire segment one week to describing how some of this testing was offered by a company with ties to the Chinese Government and the Bill and Melinda Gates Foundation in an attempt to harvest our genetic information. The implications are enormous.

What we are left with are some good-doers trying to push every agenda upon their unsuspecting communities in attempt to imagine the good relationship that will develop between them and their governmental handlers, without really understanding the ramifications.

One such drive was to gather convalescent plasma from those who recuperated from COVID-19 and to ship it to those in need. This concerted effort was carried out in all frum areas by multiple chesed organizations in the New York and New Jersey area, and to a much lesser extent in the greater USA. The stated objective was to provide a treatment to those affected with COVID-19, and the ground was ripe for a Public Relations campaign. Due to the fact that much of the orthodox population had been infected with COVID-19, it was the perfect recipe for the communities to “give back”. Despite the fact that many doctors from around the world successfully treated COVID with cheap drugs and many governments who adopted these recommendations kept their death rates at all-time lows[2], nonetheless these cheap alternatives were never pursued nor recommended.

What was not disclosed to the plasma donors was that they were being recruited in a study that involved the very same Gates Foundation to encourage government to further regulate the free practice of religion and seek to curtail our religious rights. In a study published in the prestigious Journal, JAMA, a host of ostensibly “frum” authors condescendingly point to mitzva observance as the catalyst that lead to the spread of the virus among the Orthodox[3].

We observed a peak in self-reported symptom onset across 5 states in 3 geographically distinct areas that occurred around the Jewish festival of Purim, a holiday typically observed by gathering to hear the reading of a scroll called a Megillah, performing the mitzva (good deed) of giving charity to the poor, and partaking in social events, such as religiously mandated holiday feasts and gift-giving.

They even sarcastically named the plasma donors “The MITZVA cohort” (somehow finding the acronym MITZVA in these words “Multi-institutional Study Analyzing Anti–CoV-2 Antibodies”) because they were infected while doing a “mitzva”. Their conclusion was simple: “Further research should clarify optimal national, local, community-based, and government policies to prevent outbreaks in social and cultural communities that traditionally gather for holidays, assemblies, and festivals.” Yes, that’s right! In the two states where the government failings led to the highest death rates in the world[4], New York and New Jersey, we need more government to tell us how to stay safe[5].

These authors for the same token could have well portrayed the entire episode in a different light. They could have pointed out that nearly none of the government recommendations are being kept for the greater part of the year. Yeshivos, wedding halls and shuls are all packed. Masks are nowhere to be found in these venues, and social distancing is a forgotten word. Yet, our overall morbidity and mortality currently affecting our communities seems to be far lower than in the rest of the USA. This can only be blamed on one thing. Our strict adherence to “MITZVA” observance led us to be sick all at one time thereby creating herd immunity. Now, with more dangerous variants circulating, we seem to be protected from them because we were originally exposed to the original, less dangerous Wuhan strain. Instead of submitting an article looking at the year retrospectively that doing mitzvos has the ability to save us, and the need for less government intervention, they choose a myopic view of only looking at the few days before and after last Purim to arrive at the opposite conclusion. In a phone call to Bikur Cholim, they congratulated themselves having their study accepted in a world-renowned journal boasting of Kiddush Hashem. In reality, this is the antithesis of Kiddush Hashem. Kiddush Hashem is not gaining favor in the eyes of the other nations. That was something we already tried in Germany (and many times throughout history) with disastrous results. Kiddush Hashem means putting the word and will of Hashem above all else, even if we feel that it causes us to be despised by the nations.[6]

It’s doubtful that many of the plasma donors would have donated had they have been made aware of the nefarious intent of study that they were unknowingly drafted to take part of. At the very least, going forward, we should be wary of any “recommendation” made to us by any smug pompous organization.

As soon as the vaccine becomes available, we are sure to be told by these selfsame organizations that we must line up and do so. They will work on gathering signatures on the obligation to get vaccinated and will embark on their pre-planned public relations effort toward this end. Dissent will be labeled as conspiracy and those who refuse to accept the experimental vaccine may be banned from Yeshivos and shuls, as has taken place in Israel. The cries from doctors around the world are muted, censored, and ridiculed, and most of all ignored because they don’t fit the government narrative. The same government that Drs. Zyskind and Glatt et al. are begging for more of.

Just last week a world-renowned scientist, from the highest in his class, raised yet another alarm about these vaccines. Dr. Geert Vanden Bossche, PhD, DVM boasts a CV that would make most vaccine pushers salivate. His lead positions in GlaxoSmithKline, Novartis, Solvay, The Gates Foundation, GAVI, Univac, DAIF and VARECO place him in the most eminent position to state his scientific opinion. Dr. Bossche stated in no uncertain terms that the current COVID vaccine initiative will cause deadly mutations that will change life the way we know it with devastating consequences. However, we would never know this by listening to the endless pro-vaccine messages from our leadership. As detailed in an earlier article (To Vaccinate or to Vaccinate – That is the Question) these “leaders” have already been harnessed by the government through grants and kinship to promote the vaccine at no matter the cost. It’s truly hard to know who to trust in a generation of פני הדור כפני הכלב, but as the saying goes:

[2] https://coronavirus.jhu.edu/data/mortality  see rates for India and Tanzania. Then see how they approached the virus. https://principia-scientific.com/indias-miraculous-ivermectin-covid-treatment-is-only-3-per-person/

[3] The same authors excitingly quote a study how learning with a chavrusah leads to a spread in disease. https://www.tandfonline.com/doi/abs/10.4161/hv.22415

[5] About 50% of all the samples were collected from Lakewood, NJ, and about 25% were from Brooklyn.

[6] See Rambam (Yesodai Hatorah 5:10) where Yosef withholding himself from his master’s wife is considered the epitome of Kiddush Hashem. The Rambam describes the reason as being as “being for no one else but for the Creator, Blessed is He.” This is despite the fact that the medrash says (B”R 88:1) that all of Egypt spoke of Yosef’s alleged misconduct with his master’s wife. Some nowadays would have perceived this as the greatest chillul Hashem imaginable. However, nothing is further from the truth. (There is a higher level of kiddush Hashem spoken about in the next Rambam, but this is only after we are doing everything else correctly).

Trading in Our Pearls for Pearls

RT IF YOU AGREE

Interesting data coming out of Switzerland.

AFLDS stands for human rights, with our VBOR—and state legislatures are taking notice.

A Physician-Patient Relationship resolution was passed in the Alabama Senate; a Vaccine Bill of Rights was introduced in the AL House.

Today is the Siyum of Daf Yomi Maseches Shekalim! Mazel tov to Daf Yomi learners, and a history tidbit to celebrate:

can confirm it is not feeling boring in here

Thanks @AK_OK for joining the briefing today and for your great question about the cruise industry in Alaska. Fun Fridays!

@PressSec takes questions from a regional reporter (this one in Alaska) beamed in by video. There’ll be a non-inside-the-Beltway reporter joining each day, Psaki said.

On Monday, Florida Gov. Ron DeSantis and three medical experts took a blowtorch to Google for banning a video of them discussing COVID-19 science.

Are We Being Denied Good #Health So #BigPharma Can Make Money?
@rustyrockets via @YouTube

This blog-clotting in the brain is occurring mostly in young women, a demographic not at risk from complications of #coronavirus.
#JohnsonAndJohnsonVaccine @US_FDA @CDCgov
via @YouTube

In this excerpt from “The Monsanto Papers,” journalist @careygillam recounts the day that forever changed the life of CA groundskeeper Dewayne Lee Johnson — the day he ended up soaked in #Monsanto’s #Roundup #weedkiller. #TheDefender

Monsanto Papers Part 1: The Day That Changed Everything for One Man and His Family • Children's Health Defense

In this excerpt from “The Monsanto Papers,” journalist Carey Gillam recounts the day that forever changed ...

Ok almost made a 100 before the June 22 election

Have enough family to make that happen 😉😇😝

Canidate for the 48th Council district

Went to a Bar Mitzvah for my cousin

Got a Blessing from a big Rabbi

Then to my 96th wedding & Hung out with my Nephew who was the lead singer.

Picking up my new Dog

He won't wear a mask.